Redevelopment of a large residential site based in St Albans. 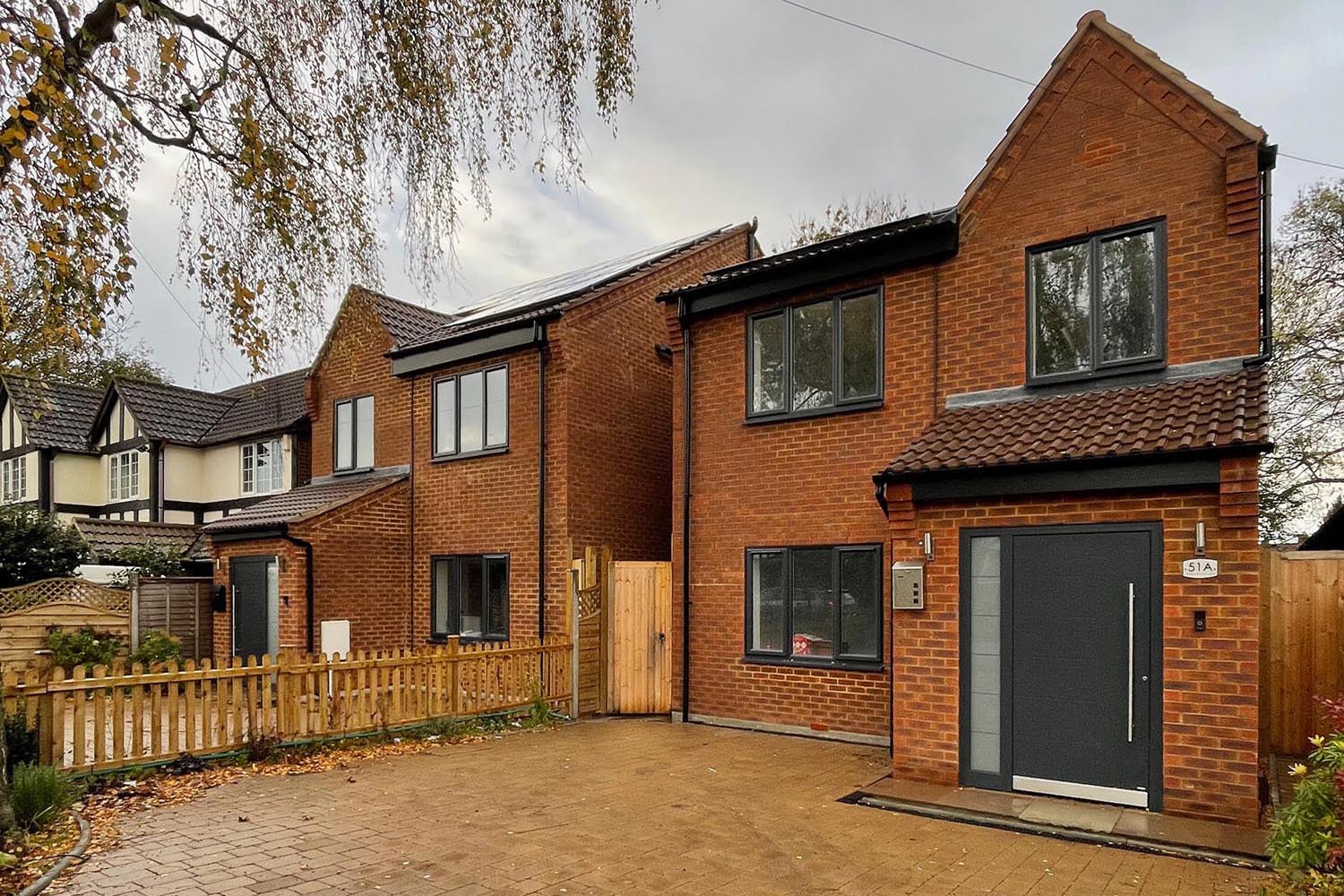 Introduction
Cadoo Studios were appointed to improve the design scheme and obtain new planning consent for the redevelopment of a large residential site based in St Albans. The client had already had permission granted for demolition of the existing detached property, and the construction of 2 x three-bedroom dwellings. The studio was challenged to produce a new proposal that incorporated a more sophisticated design that was sympathetic to the parade of houses along the street, and saw an increase in the size of the properties providing a more profitable return to the developer.

Proposal
The proposal produced by Cadoo Studios firstly saw a raise in the ridge height to match neighbouring properties and two rear facing pitched roof dormers, this provided the extra head height and floor space to accommodate for extra bedrooms in the loft area. The overall footprint of the properties was increased, allowing for larger size bedrooms and separate dining area. Finally, the properties were set back further into the site to match the property line of neighbouring houses, creating the extra space to supply extra parking spaces for the future occupants.

Materiality
The new proposed saw the incorporation of tradition red brick and clay tiles to match local aesthetics. Both front facades of the dwellinghouses features a large single pain glass window, giving a view to the chandelier in the landing that drapes down through all three levels of the property. This provides a break in the brickwork and adds a contemporary touch to the traditional appearance of the properties. 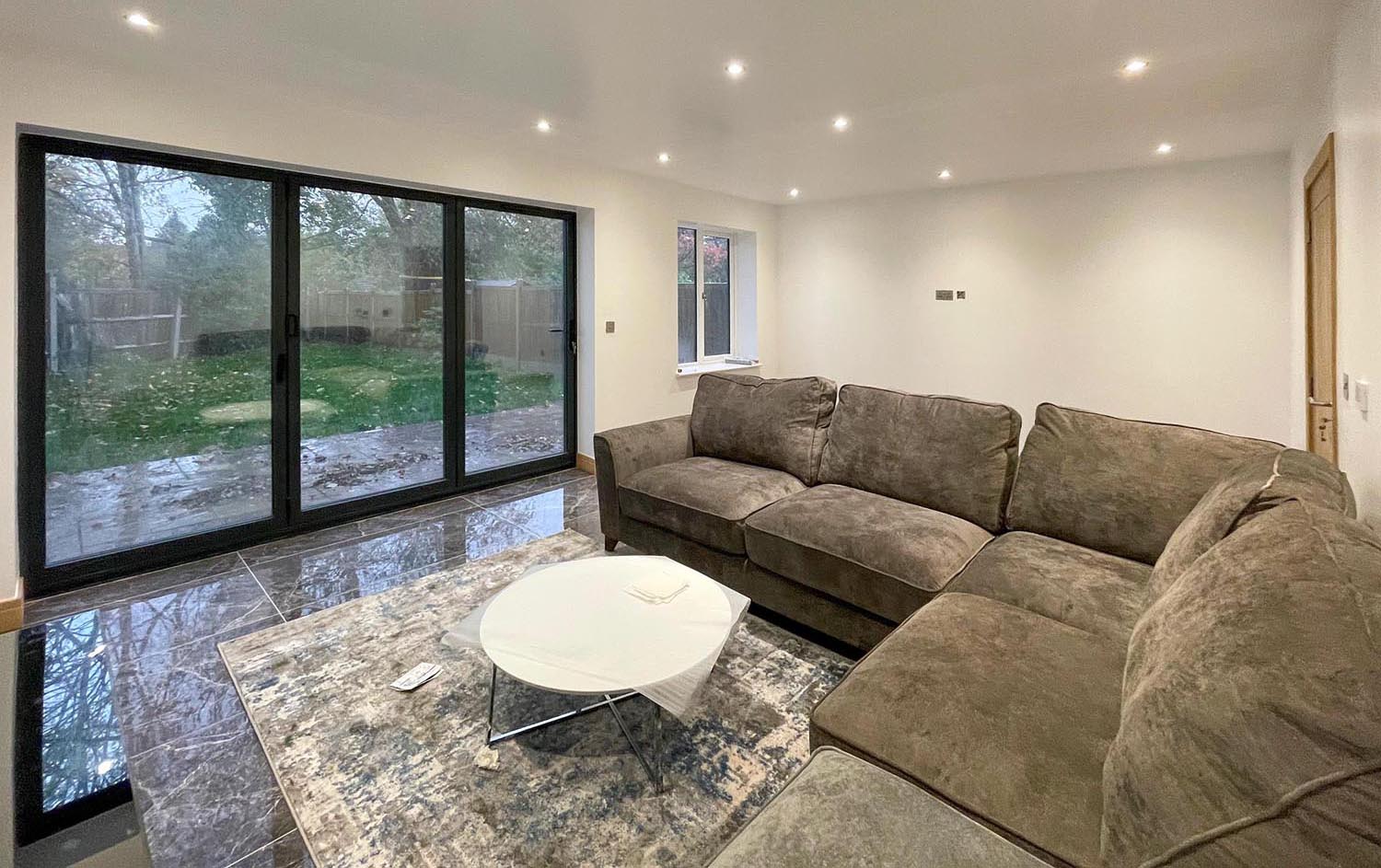 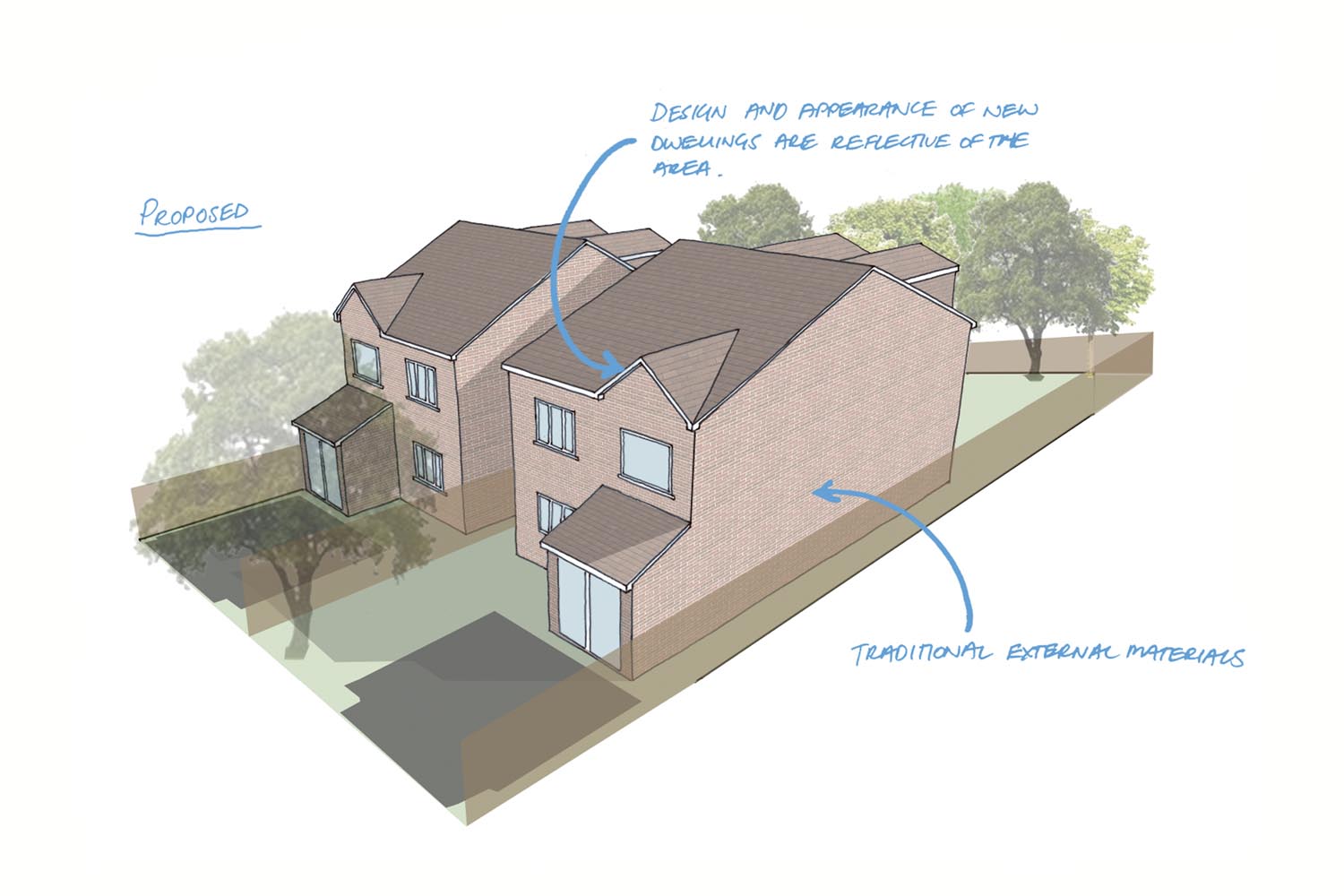 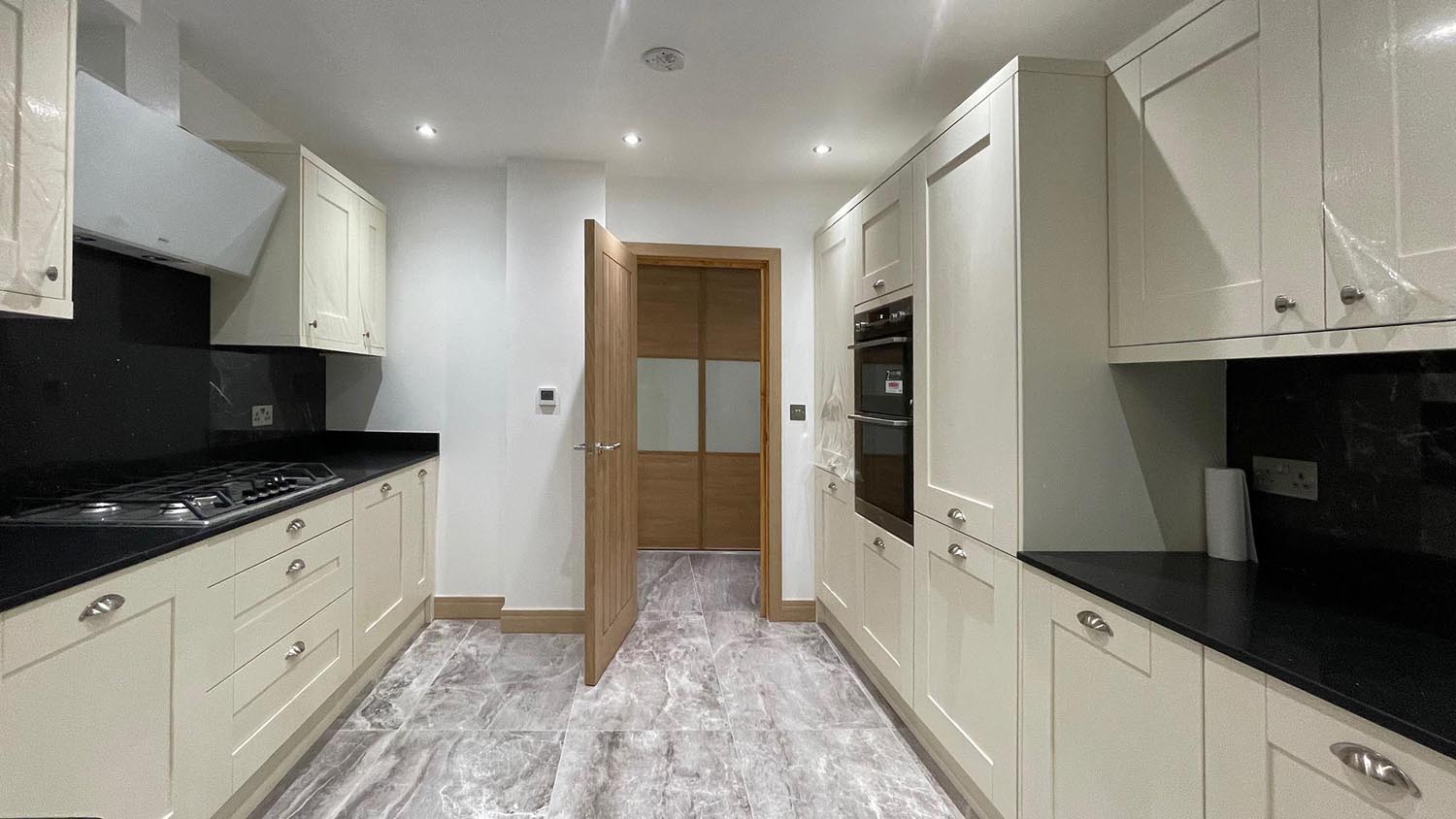 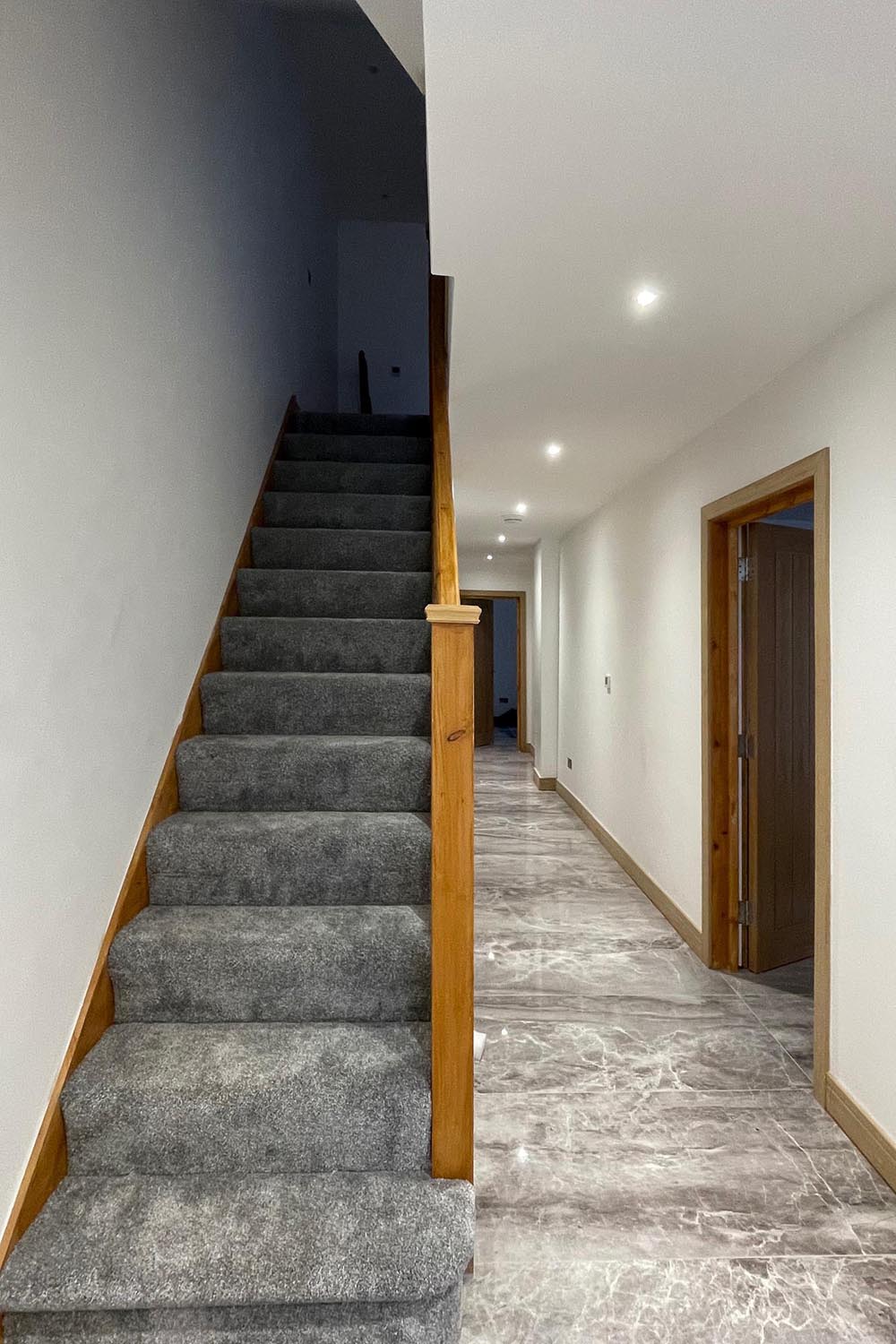 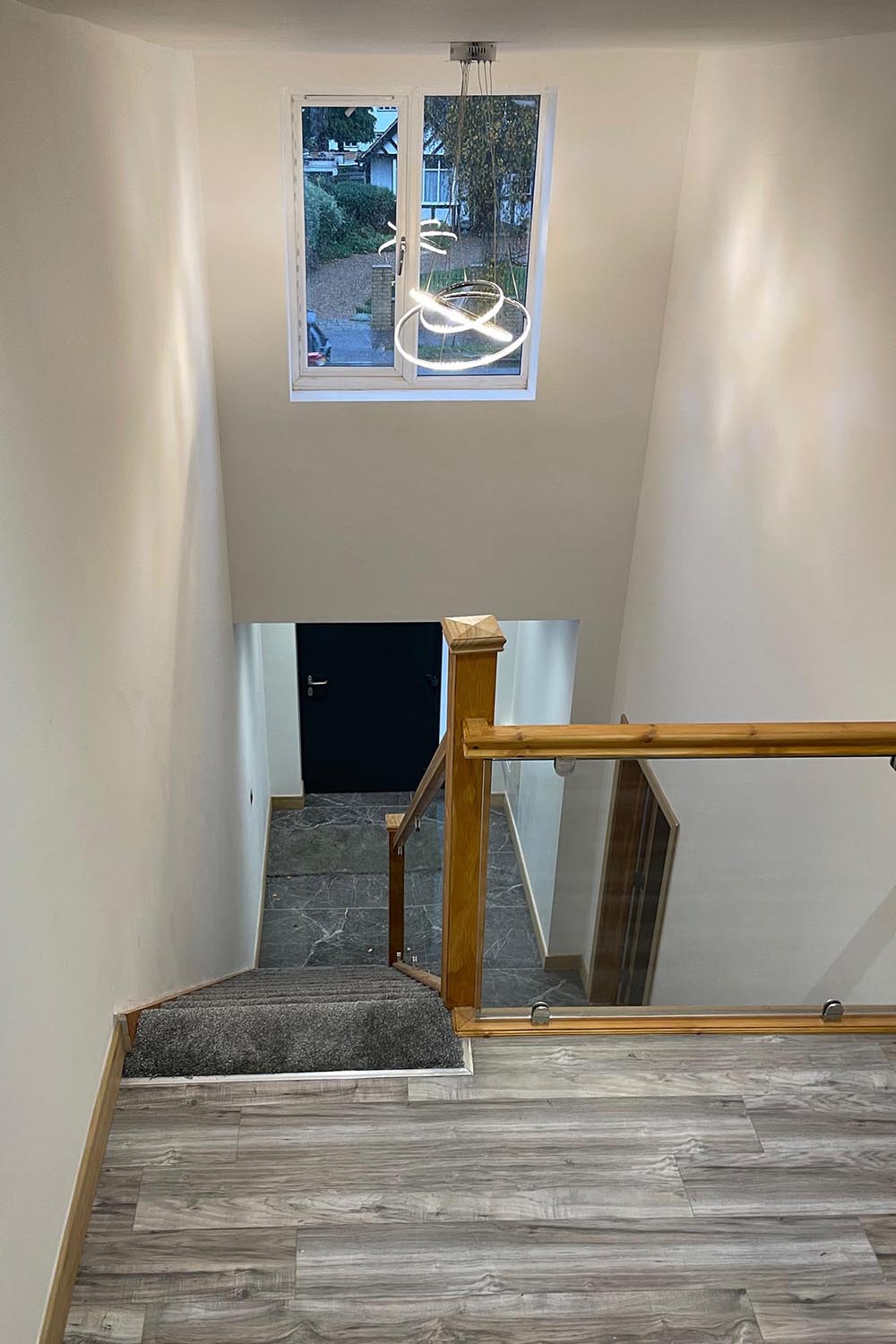 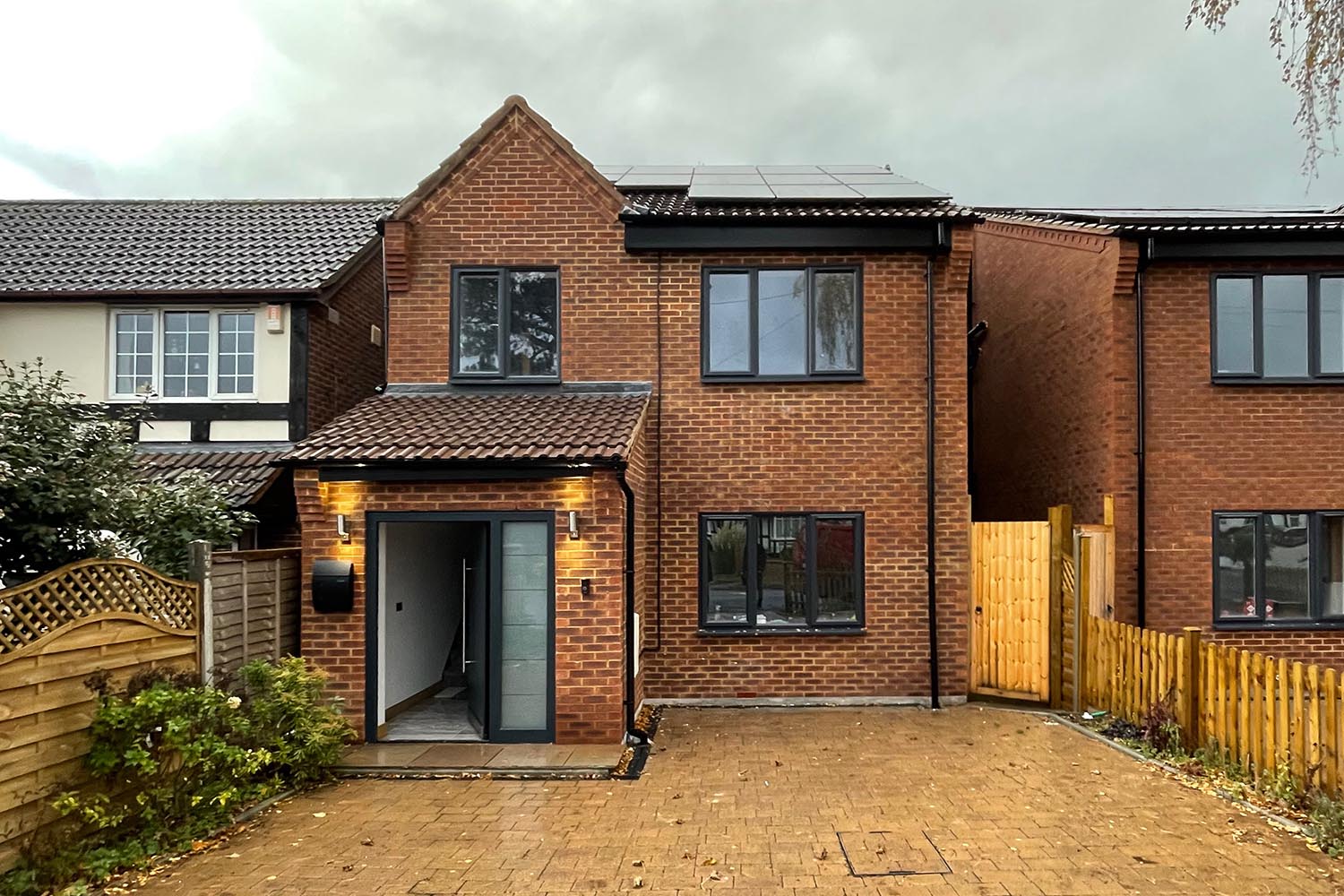 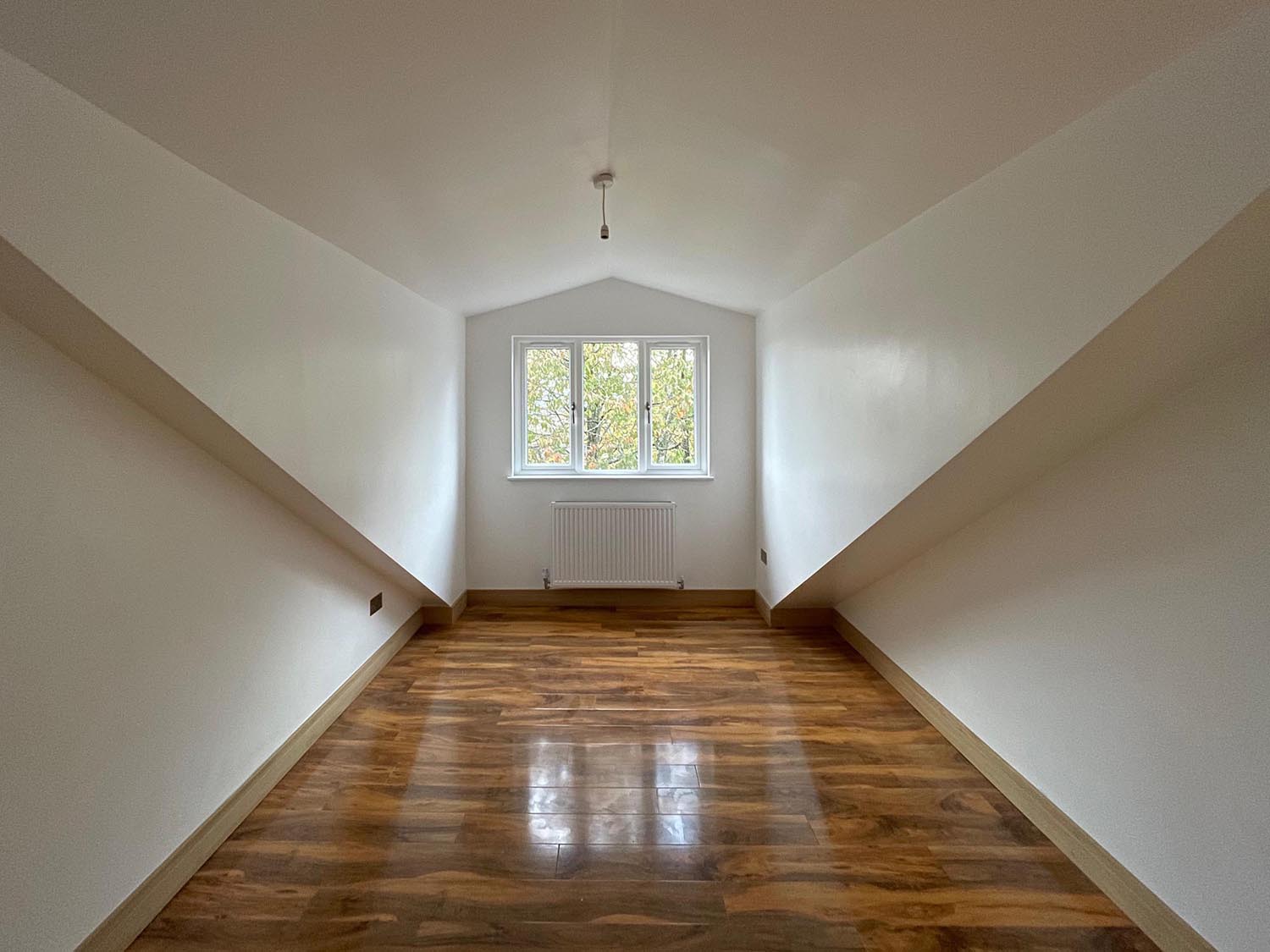 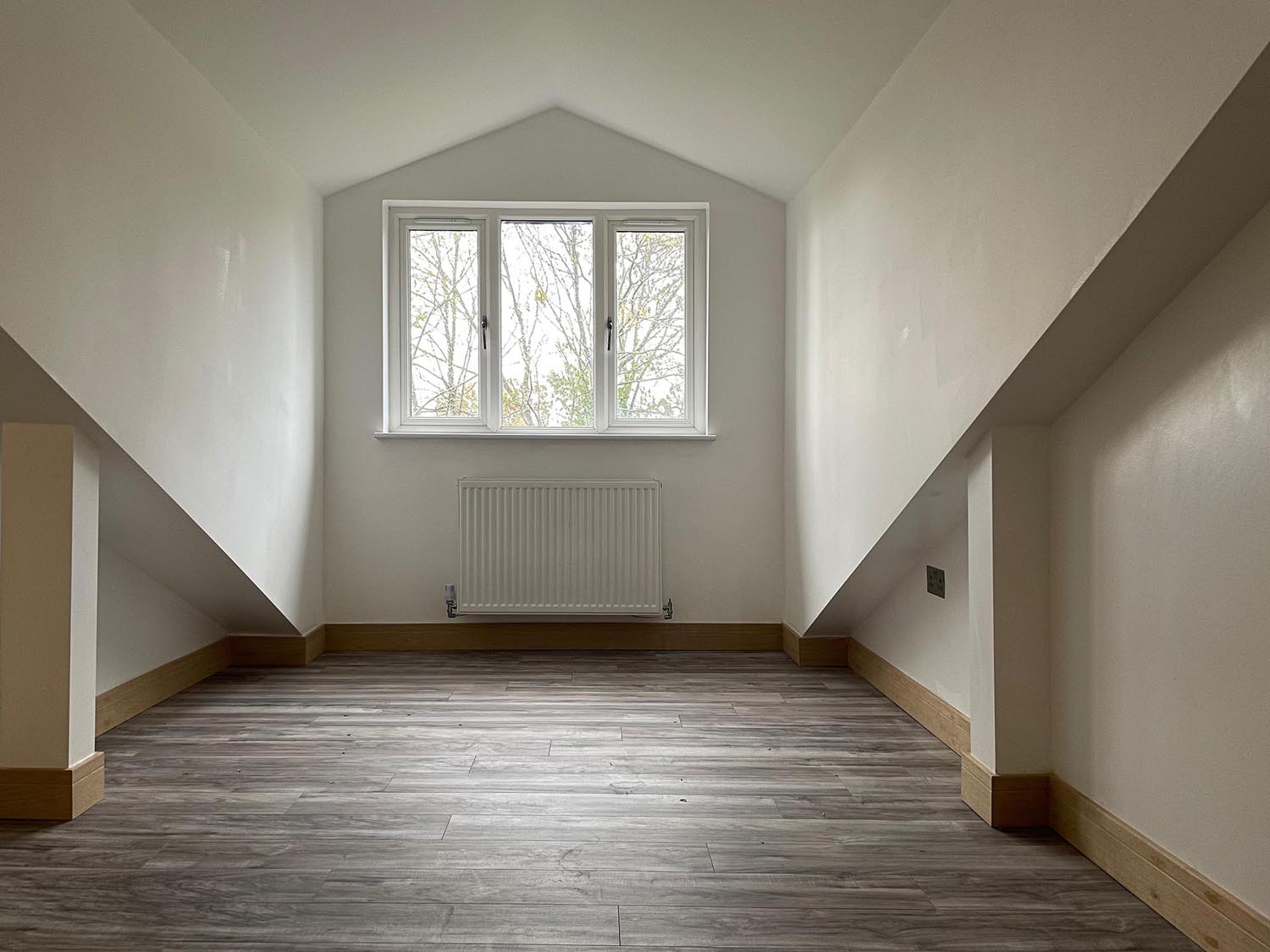