Redevelopment of a locally listed building situated within a conservation area of Kings Road in St Albans. 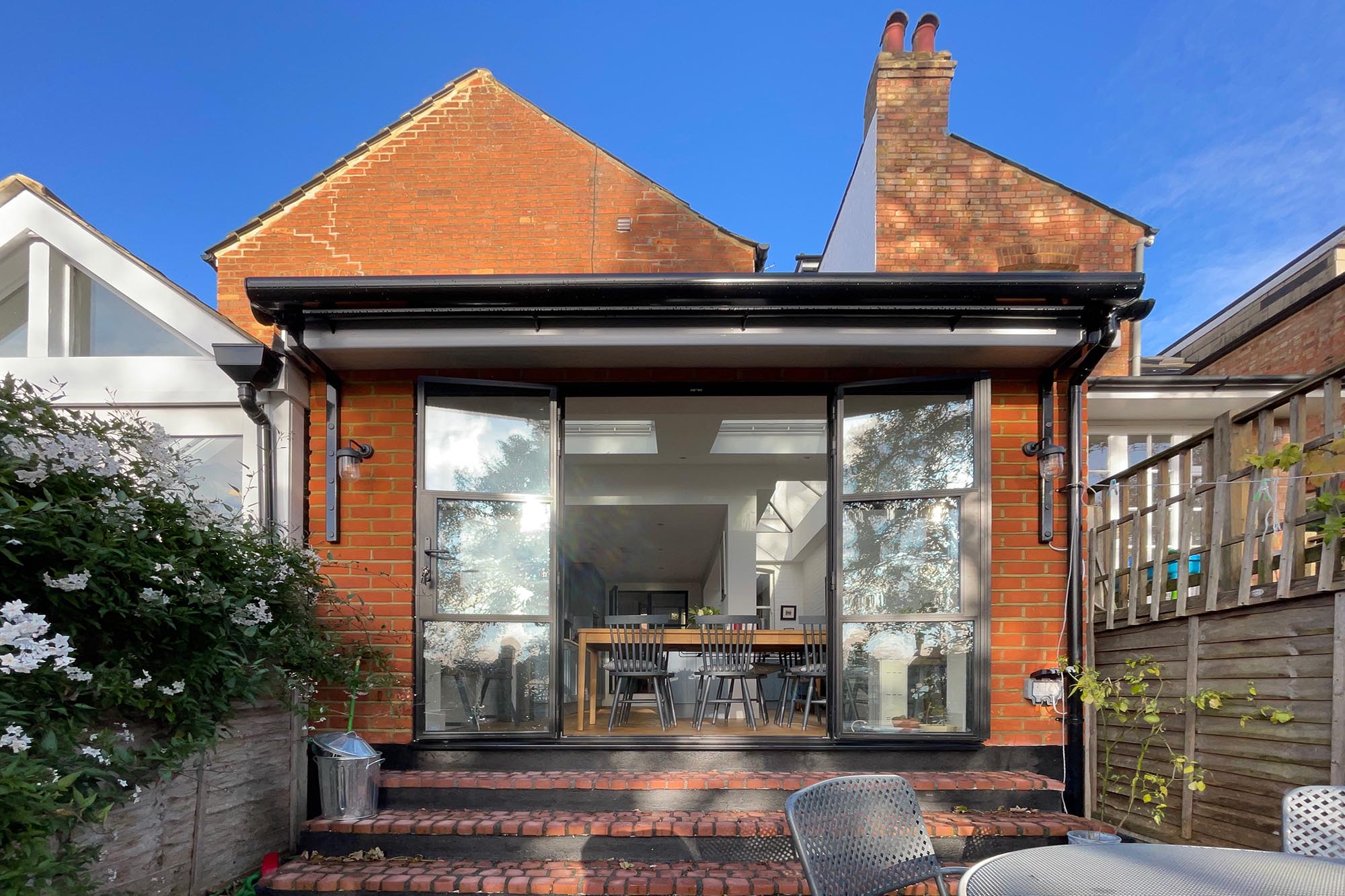 Introduction
The owners of this terraced family dwelling situated within a quiet cul-de-sac, sought the services of Cadoo Studios to assist with the redevelopment of the property. The team was challenged with providing a considerate and clever design scheme that allowed for a better utilisation of the kitchen diner. The site is situated within a conservation area and is considered a locally listed building, therefore the design had to be sympathetic and carefully designed so that it was a positive addition to the host building.

Proposal
An existing infill extension did not provide sufficient space for the area to be fully utilised, therefore a modest pitched roof extension was proposed which extended 3 meters from the rear wall of the original house. Additionally, the sloping nature of the site resulted in varied levels within the property, and to prevent an overlook to the site facing the rear of the property the proposal saw the extension dropped to a lower level. A brick pier was retained internally, but cleverly designed to integrate within the kitchen island to not be obtrusive to the layout.

The existing skylight within the infill extension was replaced with a larger glass roof lantern, that provide ample natural light into to the kitchen, and the reception area through the existing window that was retained. Three additional rooflights were also designed into the pitched roof of the new extension directly above the position of the dining table.

Materiality
The rear elevation of the extension was proposed to be constructed out of floor to ceiling high aluminium framed crital windows, with a double swing door positioned centrally. Crital doors were used internally to separate the reception rooms and the kitchen, opening the internal spaces and allowing light to flow through the ground floor. 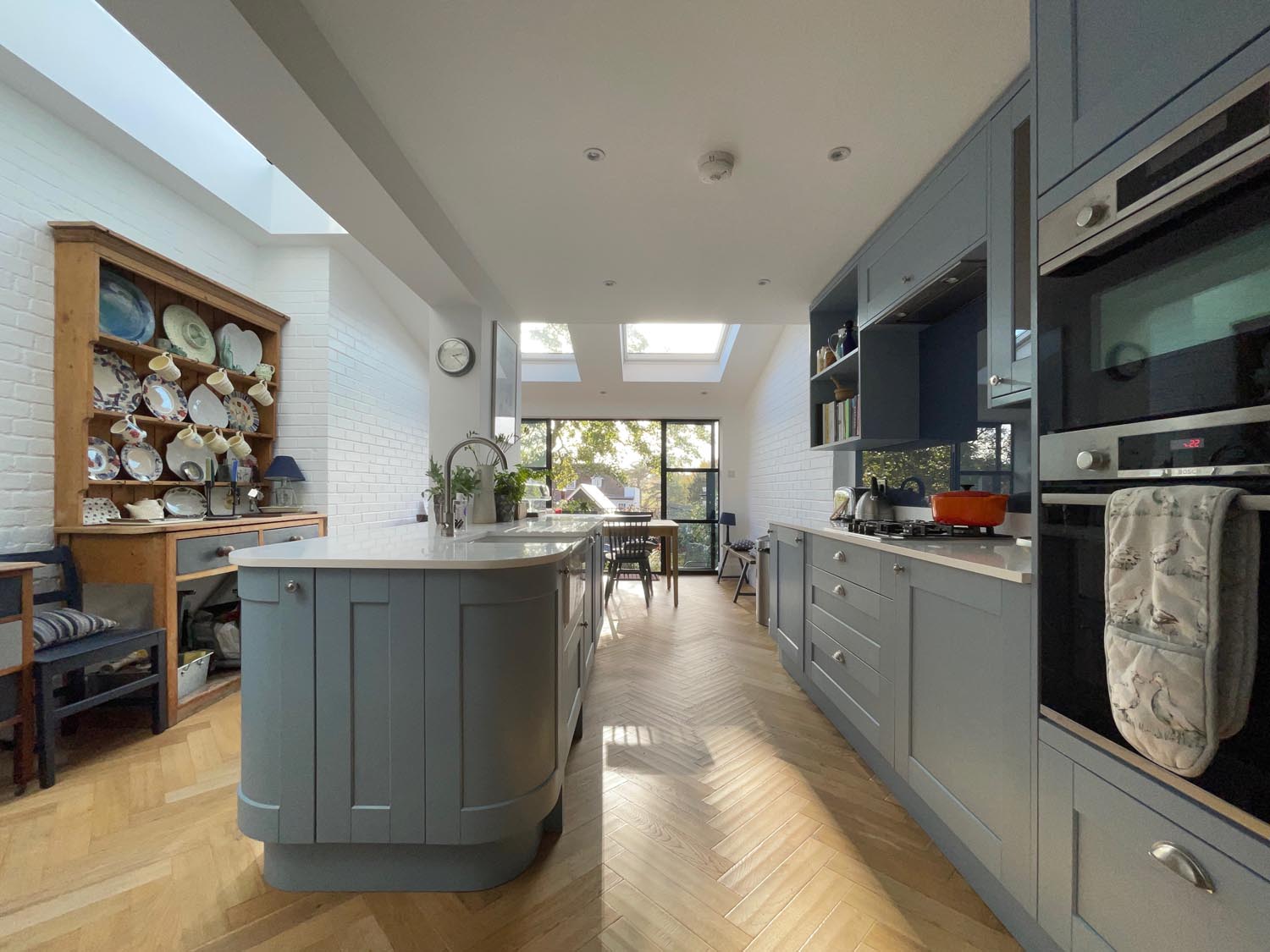 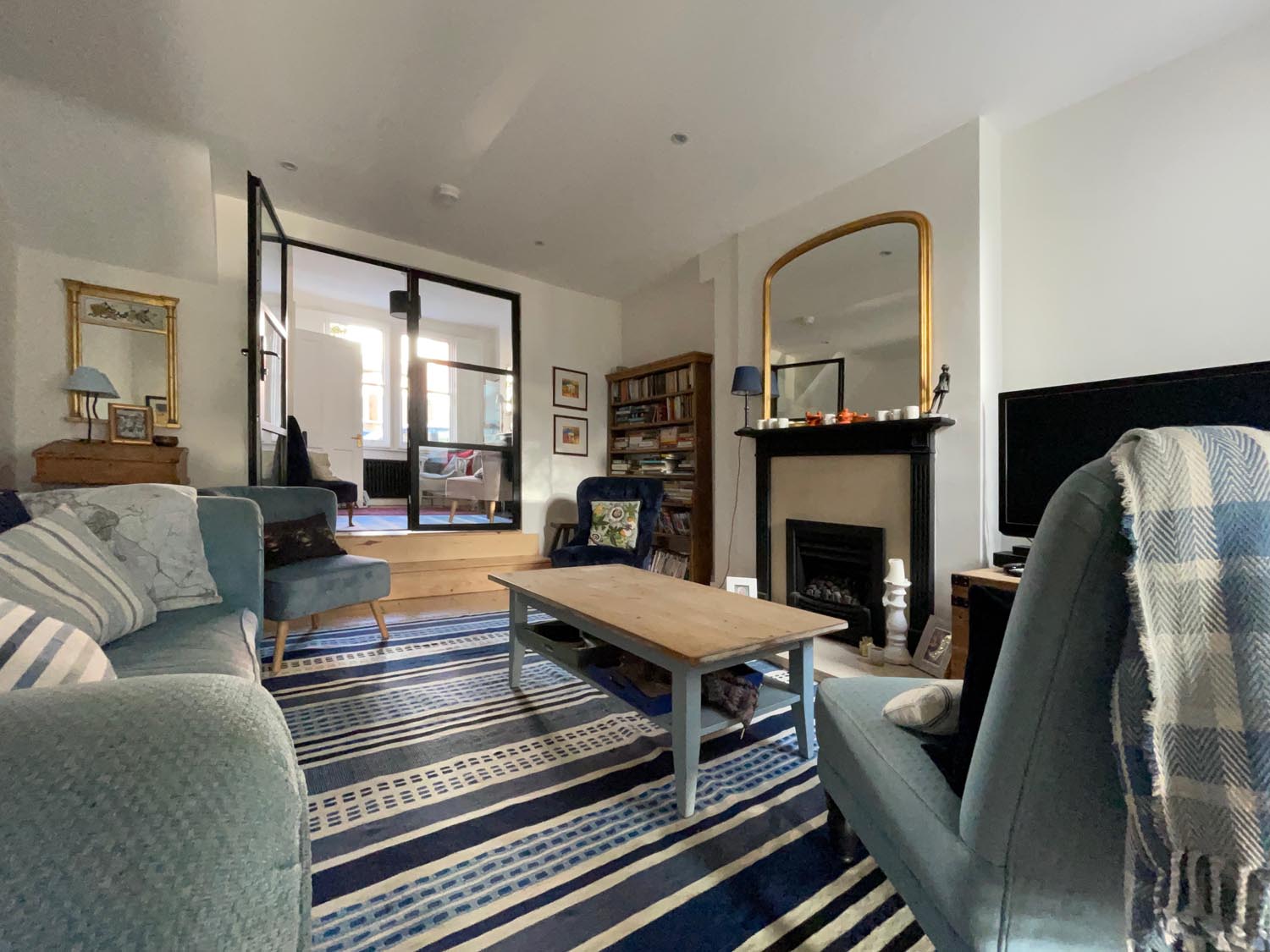 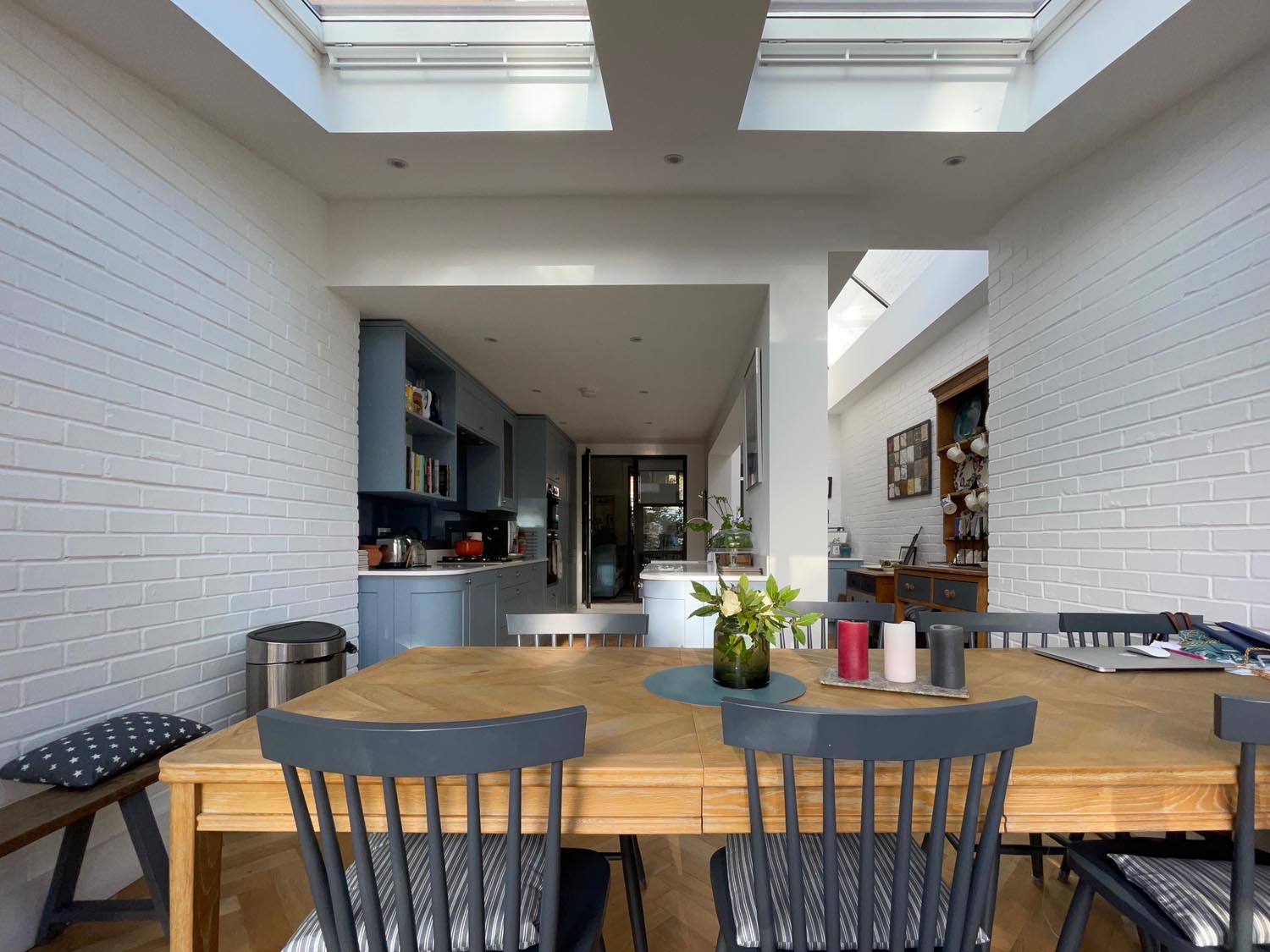 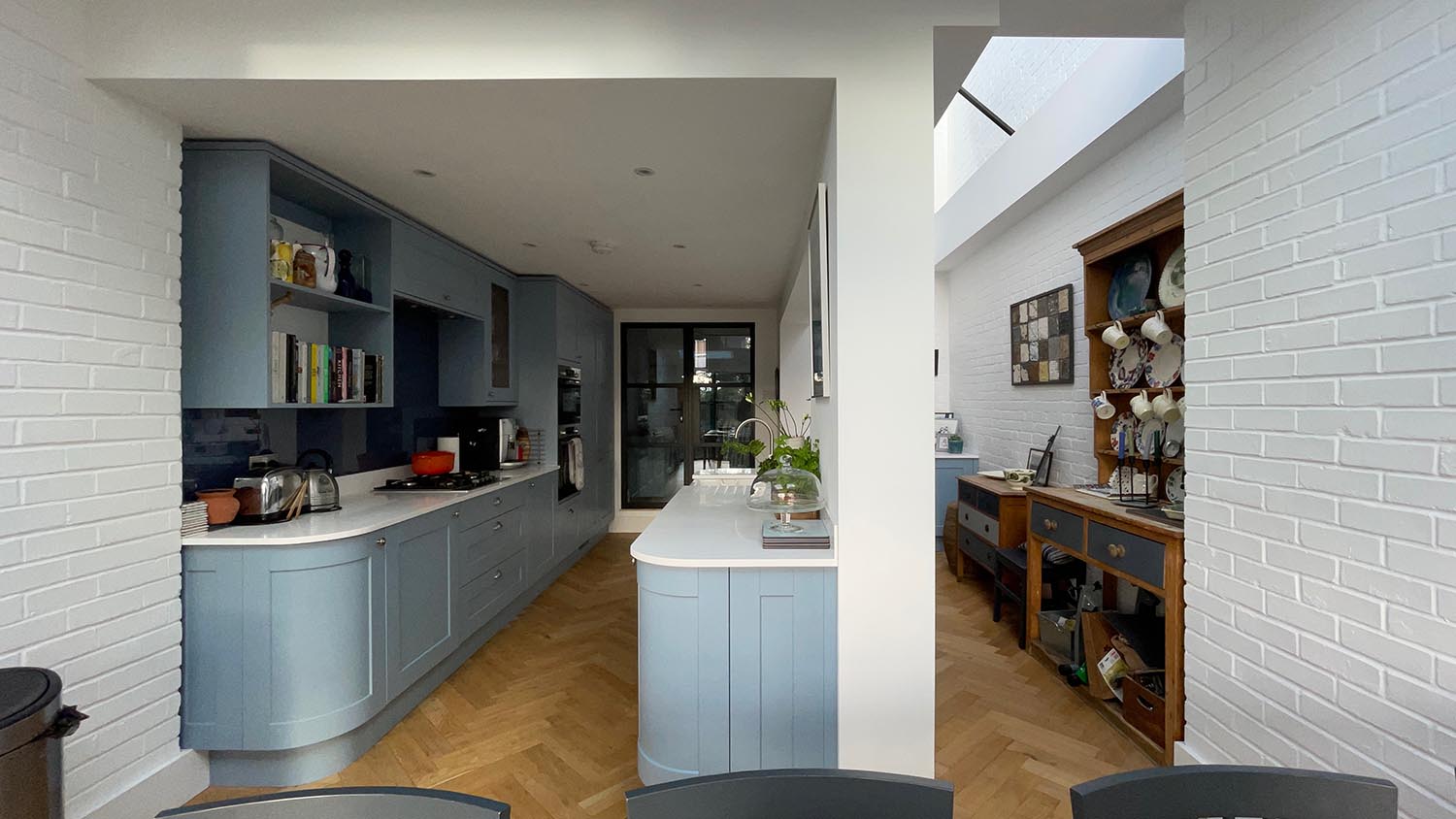 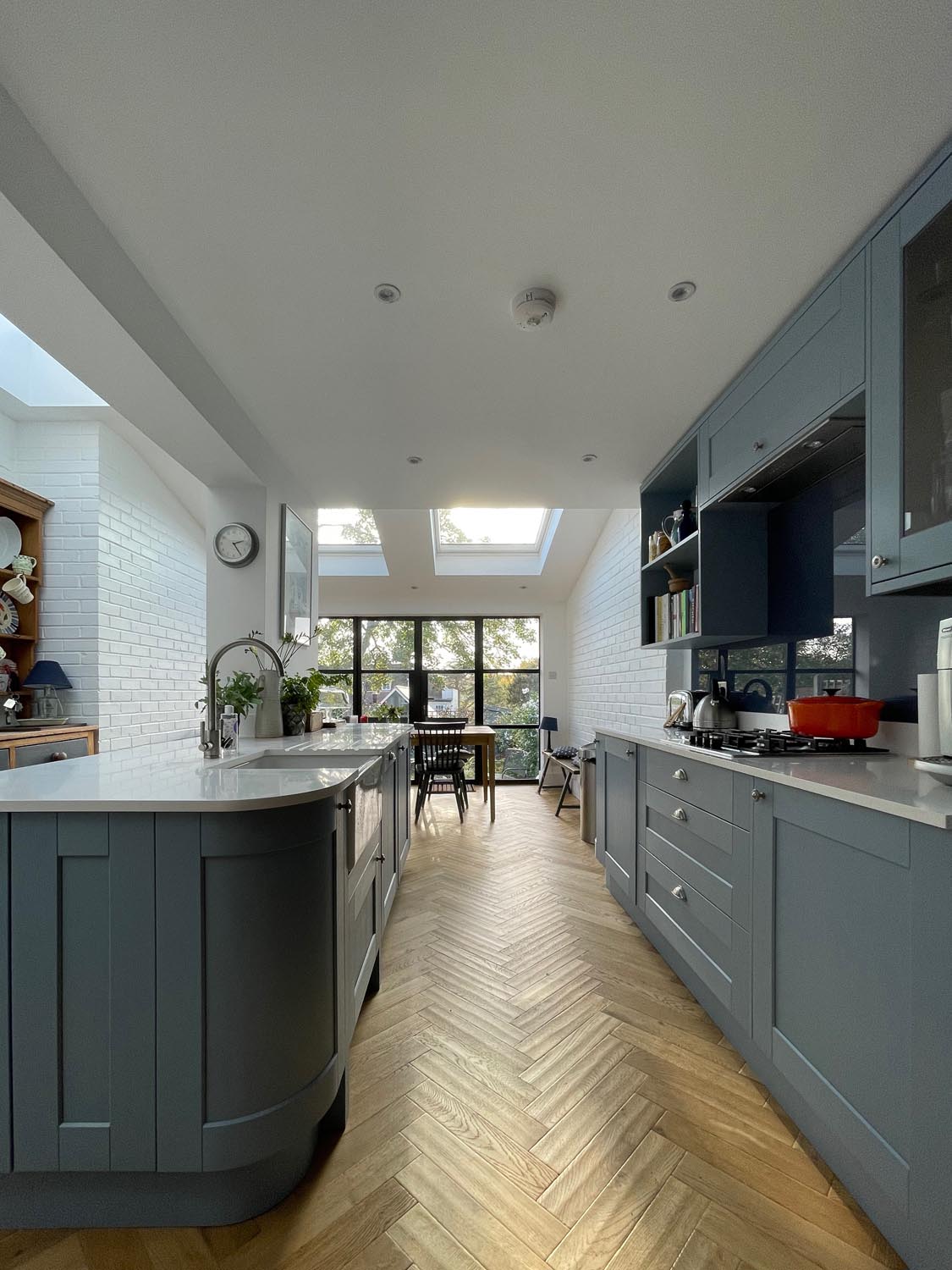 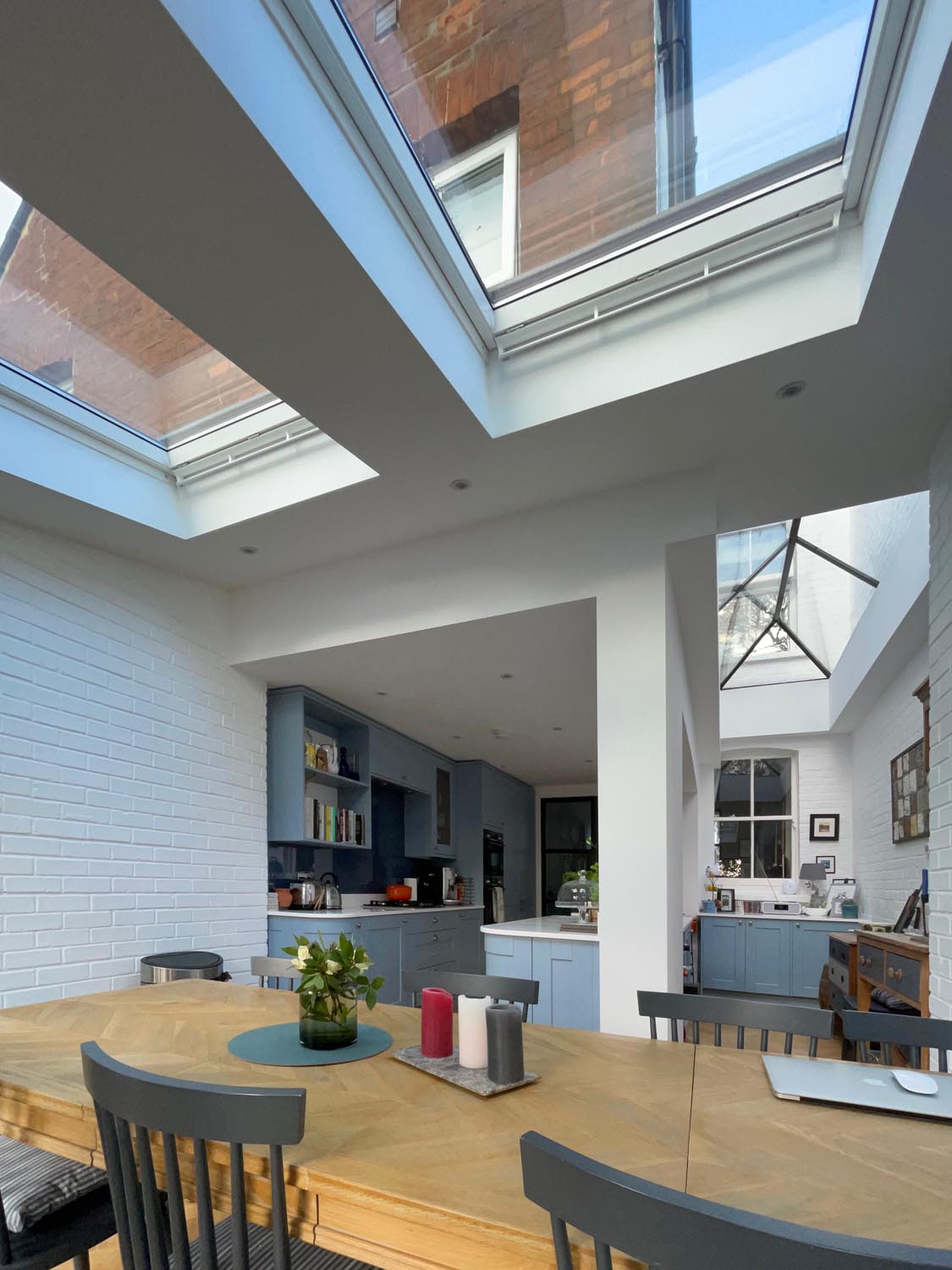 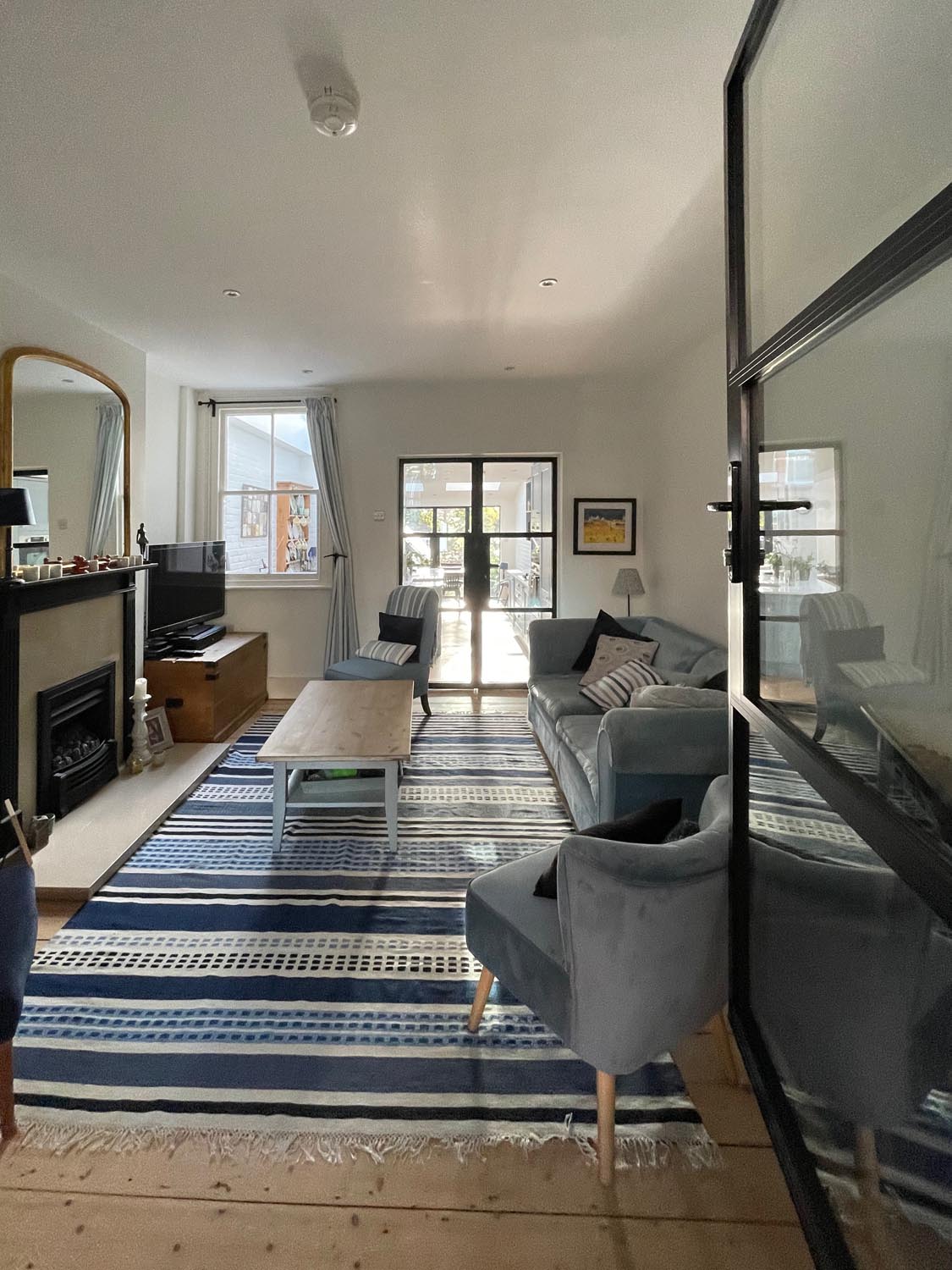